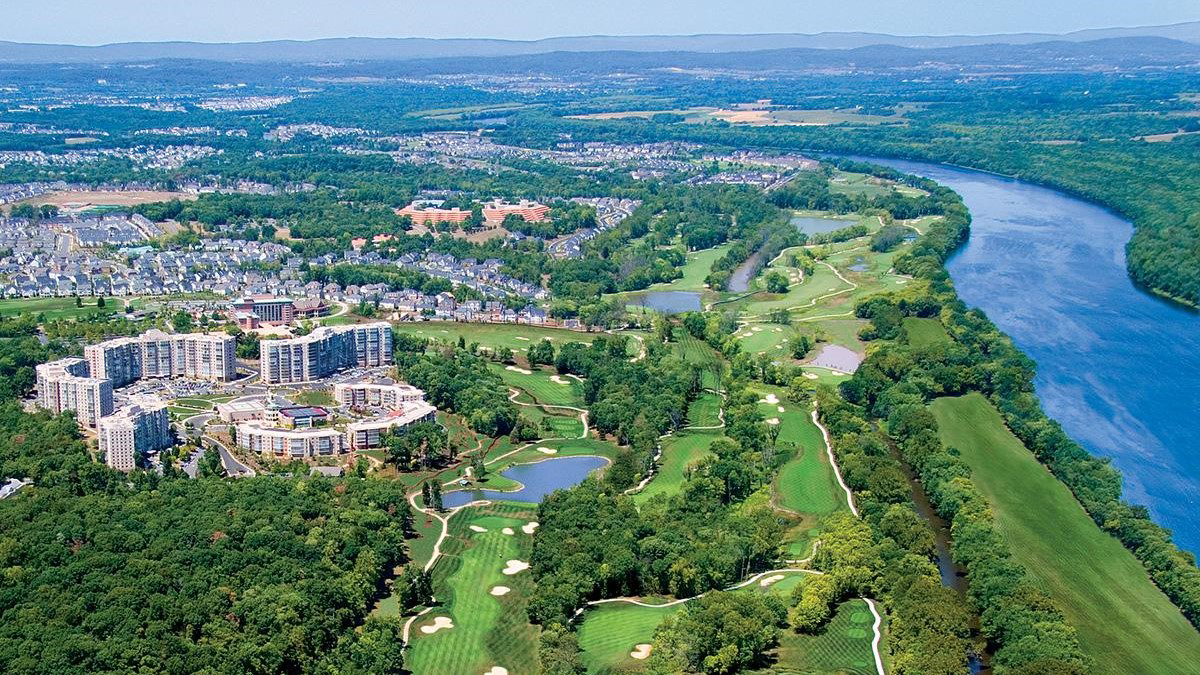 Leesburg, VA is beautiful peaceful suburban community about 45 miles west of Washington, DC. Residents with hectic jobs in DC, love the relaxed feel of Leesburg. However, with so many contracting and technology companies now nearby, many no longer need to drive into the city for work. Once a sleepy little town, Leesburg has been coming to life with a bevy of exciting new restaurants, entertainment and recreational options.

Leesburg has a fascinating history spanning more than three centuries. Way back in 1757, local officials decided to build the new Loudoun County Courthouse here, and the Town of Leesburg went on to become officially established in 1813. During the Civil War numerous battles were fought here, the most famous being the Battle of Balls Bluff. The Potomac River is just a few miles away and it formed the dividing line between the Union States and the Southern States. After the war, the town struggled to come back from the scorched-earth tactics commonly used in battle. Being so close to DC helped in the recovery, along with the railroad that farmers relied on to transport their crops to surrounding regions. Resident George C. Marshall put Leesburg on the map in the 20th Century, having devised the Marshall Plan that allowed Europe to rebuild after WWII. Leesburg is proud of its small-town identity, which it’s always tried to retain, but it hasn’t been easy with the rapid growth of Northern VA, and Loudoun County in particular.

Leesburg, VA is served by the Loudoun County Public school system which has the fastest growing school division in Virginia and is home to 11 public elementary schools, 4 public middle schools, 4 public high schools, and 2 private schools.

Things To Do in Leesburg

Leesburg offers an array of can’t-miss things to do, from dining at local restaurants and staying active at the community parks, to enjoying the arts and learning about the area's history. Check out this list we've compiled of the top attractions in Leesburg, VA that will be sure to keep you entertained for hours.

Check out these communities for more information.
Popular Cities Near Leesburg, VA

Included below are homes for sale in Leesburg. If you would like more information on any of these Leesburg real estate listings, just click the "Request More Information" button when viewing the details of that property. We can provide you with disclosures, past sales history, dates and prices of homes recently sold nearby, and more.

And, if you haven't already, be sure to register for a free account so that you can receive email alerts whenever new Leesburg listings come on the market.

$315,000
Subdivision: Virginia Knolls
226 Shenandoah St SE
Leesburg, VA 20175
3
Beds
1F11/2
Baths
1,180
Sq.Ft.
1966
Year Built
2
Days on Site
VALO435310
MLS ®
Shcedule your showing today!!!!! Professional photos to be uploaded. Move-in ready townhome in Virginia Knolls community within walking distance to park, shops and more. This 3-bedroom, 1.5 bath TH...
Exp Realty, Llc
The information being provided by Bright MLS is for the consumer's personal, non-commercial use and may not be used for any purpose other than to identify prospective properties consumer may be interested in purchasing. Any information relating to real estate for sale referenced on this web site comes from the Internet Data Exchange (IDX) program of the Bright MLS. Keller Williams Loudoun Gateway is not a Multiple Listing Service (MLS), nor does it offer MLS access. This website is a service of Keller Williams Loudoun Gateway, a broker participant of Bright MLS. This web site may reference real estate listing(s) held by a brokerage firm other than the broker and/or agent who owns this web site.